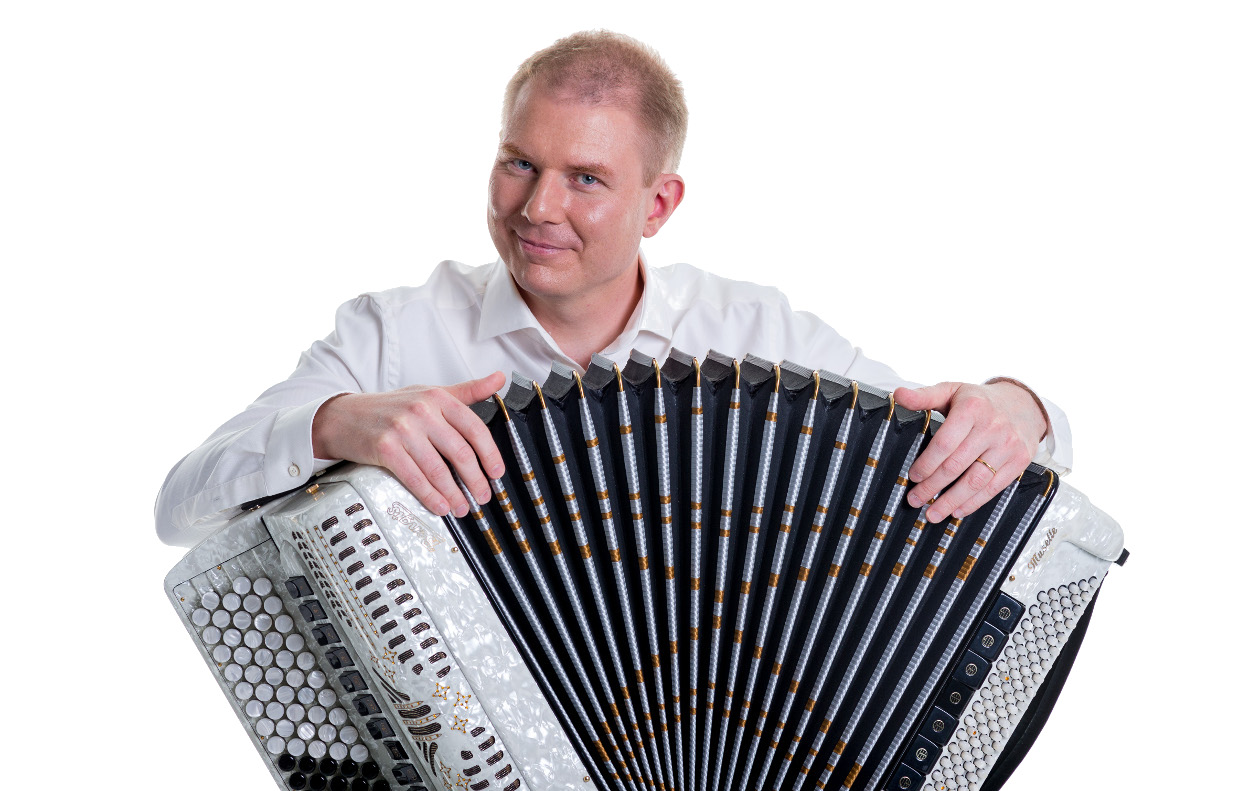 Pierre began to play the Accordion at the age of three. He got his first pianoaccordion on a Christmas Eve 1976. Five years old, he took the lead to buttonaccordeon. A few years later, he began to study classical piano and double bass. Pierre has appeared in many parts of the world. Played Accordion for both large and small companies on their events. Accompanied famous and unknown estraders. The signum of Pierre is and will always be Accordion, even though the Piano and the Double bass are a major part of his musical heart.

An own orchestra is a matter of course. Size and variation are determined according to needs. Own music and musical arrangements are one of the cornerstones of Pierre’s music. Interpreting others music is at least as rewarding. He simply loves good music.

Pierre offers his musicality and entertainment to a variety of festivities. No event is too small or too big. Everything is possible.